Does my child need therapy? Signs of mental illness in children 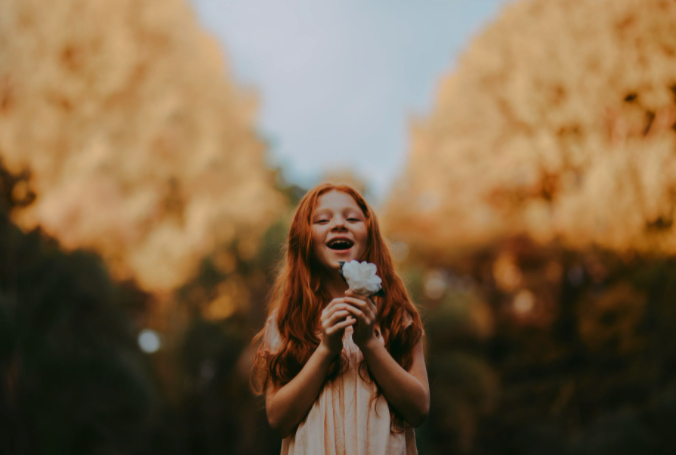 Maybe the people around you have brushed it off saying they’ll “grow out of it” or “kids will be kids”, but there’s still that niggling feeling that something isn’t quite right…

Just like adults, major life changes and upheavals like divorce, the birth of new siblings, a change of school etc. can trigger emotional difficulties for children. And to a certain degree, it’s normal to expect to see changes in their behaviour. Sometimes all it requires is a bit of time and adjustment and things return back to normal again.

But if you do decide to wait, always make sure it’s with an “active” eye – never ignore the issue in the hope that it will somehow disappear on its own. If minor difficulties turn into severe mood changes and problem behaviours and they persist for a period of weeks/months, this should serve as a major red flag that it’s time to get support.

As children, we lack the words to express how we’re truly feeling. This means it’s up to the adults in a child’s life to identify that something’s wrong.

That’s why it’s so important to get clued up on the signs and symptoms so you’re in the best possible position to make that call.

By not taking action, your child could be missing out on necessary and valuable aspects of their childhood. The earlier they get the right support the easier it’s going to be to help them.

Children can develop all the same mental health issues as adults. The only difference is that they’re likely to express them slightly differently. A depressed child is more likely to be irritable and angry rather than sad, for instance. But ultimately, we’re all different which means our experience of issues is going to be different too.

The best thing you can ask yourself is, “does this feel out of character for my particular child?” You want to be looking out for changes in behaviour that are both problematic and persistent i.e. they go on for weeks and months at a time, rather than days. Likewise, changes in mood that seemingly arrive out of the blue, and cannot be attributed to anything in particular.

Here are some of the main symptoms that should signal your child needs therapy:

Mood changes – changes in mood are sometimes easier to spot in children rather than teenagers because they generally have a happier, more straight-forward disposition. Our teenage years are marked by a lot of mood instability by default so being narky and negative from time-to-time doesn’t necessarily mean that your teenager is depressed. You should be looking out for severe mood swings and irritability that lasts for a period of at least 2 weeks.

Intense fear – if your child has suddenly become very fearful – perhaps they don’t want to go to school or are constantly worrying and having negative thoughts – this might signal that they’re suffering from an anxiety disorder. If fears and worries are starting to interfere with everyday life, that’s when it’s time to seek help.

Sudden disinterest in hobbies – if your child has suddenly lost interest in activities they used to enjoy this could signal that they’re depressed.

Weight changes – unexplained weight loss should always be taken seriously. If you suspect your child might have an eating disorder, it’s important to seek the right help as quickly as possible. The longer a child/teenager lives with an eating disorder, the harder it’s going to be for them to recover.

Behaviour changes – if your child suddenly has a big shift in personality or has started acting very out of character/control this should signal it’s time to get help.

Difficulties concentrating – teachers can be a good source of information for how your child is doing at school – both academically but also socially. If they’re having problems focusing or sitting still or they’ve started to withdraw socially, this could indicate that they’re struggling.

Physical symptoms – not everyone knows anxiety and depression also come alongside physical symptoms. An ongoing pattern of stomach aches/headaches might suggest that they’re struggling with their mental health.

Self-harm – if you discover that your child has been self-harming, it’s important that they get the right help straight away (even if they try brushing it off as a “one-off”). A therapist is going to be able to teach them healthier ways of dealing with difficult emotions.

Mental illness runs in your family – if members of your family have struggled with their mental health, know that there is an increased possibility that your child is also going to suffer from mental health issues.

How to talk to a child about therapy

A child is going to be much more open to therapy when it’s normalised by their parents. Some parents make the mistake of only telling their children when they’re already on the way to therapy. Taking them off-guard like this doesn’t allow them the space to properly process what’s happening. It also sends the message that therapy is something to be kept “secret” – to be ashamed of.

You want to avoid saying things like, “you need help”. Children already have a tendency to internalise the external difficulties they experience in life, and saying this is only going to weigh on them and make them feel responsible. The reality is that more often than not, children’s mental health issues are a result of issues within the family – or issues that are otherwise out of their control. Being kind, empathetic and normalising therapy as much as possible is the route you want to be taking.

You can try explaining therapy by saying something along the lines of this,

“Therapy is a safe space where you can talk about your worries and feelings. The therapist is so nice and really fun, we think you’re going to like her too”.

How to find a child therapist

If you suspect your child is struggling with their mental health, now’s the time to act. We would suggest that you take them for a psychological assessment with a therapist as soon as possible. A child psychologist is going to be able to differentiate between normal behaviour and something that might point to a specific mental health issue. In therapy, they will learn how to better identify and cope with their feelings so they can grow up feeling more empowered and in control – and reclaim the childhood they deserve.

We have a number of child psychologists that can help your child on the path to recovery.

What types of patients can you help?

How can ACT help someone with an eating disorder?

How many sessions will we need?

What happens in CBT?