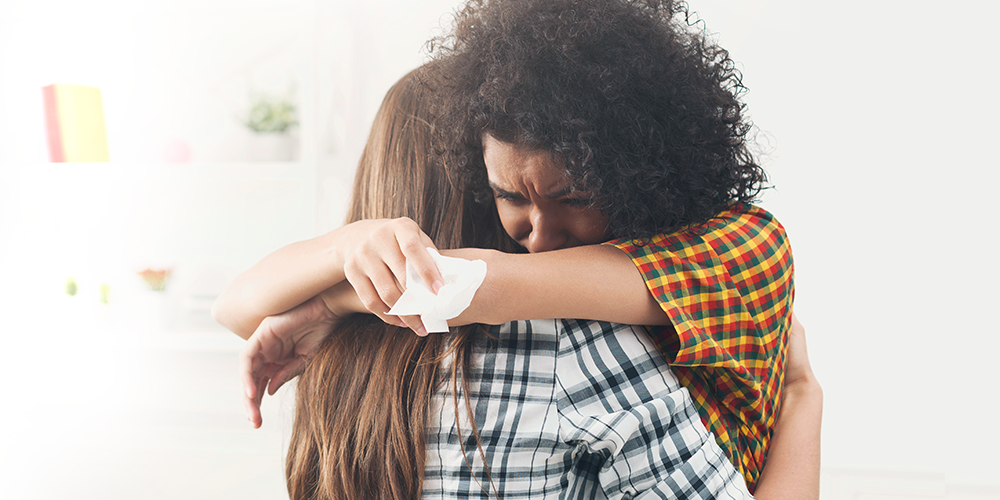 There are certain topics that usually don’t get much air-time in everyday small talk and conversations. Suicide is one of them. However, as society evolves to be more empathetic and understanding of another person’s life experience, it’s important to stop and recognise the strides we’ve made as a whole, as a society. World Suicide Prevention Day began in 2003 and is one example of the progress humanity has made in recent years when it comes to removing the stigma that’s associated with suicide.

In this article, we’re going to explore what suicide is from a psychological perspective, how suicide shapes the people left behind and what you can do to be more aware of the warning signs, to prevent it from happening in the first place.

At the clinic, we’ve treated many people who have suicidal thoughts after prolonged periods of depression and low-moods. Very often, these people are overwhelmed by negative thoughts and ultimately see no way out of their problems, other than to end their life.

There are many complex emotions that lie behind a person who sees suicide as being a valid choice when contemplating how to handle the predicament they might find themselves in. According to research, not all suicides are directly connected to prolonged mental illness. Bankruptcy, a sudden job loss and chronic pain are also factors that may lead someone to take their own life. In our clinical experience, we’ve worked with many high-achievers who have unreasonable expectations of themselves and who experience acute stress when they are in a situation of irreversible failure – while we’ve been able to help these people regain a grip on their lives, it’s important to note that this combination is potentially disastrous and can lead to suicide if not dealt with correctly.

How suicide shapes those left behind

Regardless of whether the news comes as a total shock, or something that you as a family member or friend had come to expect over a long period of time, there’s always a level of trauma attached to the revelation of a suicide.

Feelings of intense guilt, powerlessness and grief can be overwhelming for anyone in this situation. It’s important to get help during this time, and process these feelings with the help of a qualified professional.

If you are a friend to family members who have experienced this type of loss, there are many things you can do to show that you care. Offering a listening ear when they are ready to talk and/or giving them space for as long as they need would be helpful too. Some people prefer to be alone for a few weeks or months after someone leaves in this way, and some people want company straight away. Let your sensitivity and feelings of compassion guide you on how to best be of help – and saying something as simple as “please know I am here for you” can comfort someone straight away.

Becoming aware of the warning signs

While the following is not a comprehensive list, it does offer insights into the mindset of people who have the potential to contemplate suicide as a way out of their problems:

Researchers who have studied the suicide notes left by those who die in this way, found that the mental state leading people to commit such an act is steeped in feelings that they are a burden on people and society at large. Hopelessness, chronic pain and the belief that death will end the pain are also common themes that are found in these notes.

While it can be very difficult to spot the warning signs in another person, any of the above signals above are indicators that a person may not be in a peak state of mental well-being. It’s worth taking time out for this person if you can, simply to talk about life in general, or to be a non-judgemental presence in this person’s life.

Sometimes, gestures as small as this can be enough to make a person realise that there is hope and that their being alive adds value. Subtlety is key when dealing with troubled people – there’s no need to make them feel like a spotlight is on them, sometimes they just need to feel heard, understood and recognised. Even a stranger or co-worker has the power to help a person who is silently suffering – and while your gesture may seem small to you, it may mean the world to someone else.

We’ve helped countless people who struggle with suicidal thoughts and family members who have been traumatised by a family member who has committed suicide. If you would like to discuss how we can help, then please do contact us for a confidential chat.

What’s the most effective type of therapy for stress?

What can I do to encourage my child to come to therapy?

What’s the difference between ACT and CBT?

What is the parents role in the children’s therapy?