How “having it all” can diminish women’s mental health

resourcesBlogsHow “having it all” can diminish women’s mental health 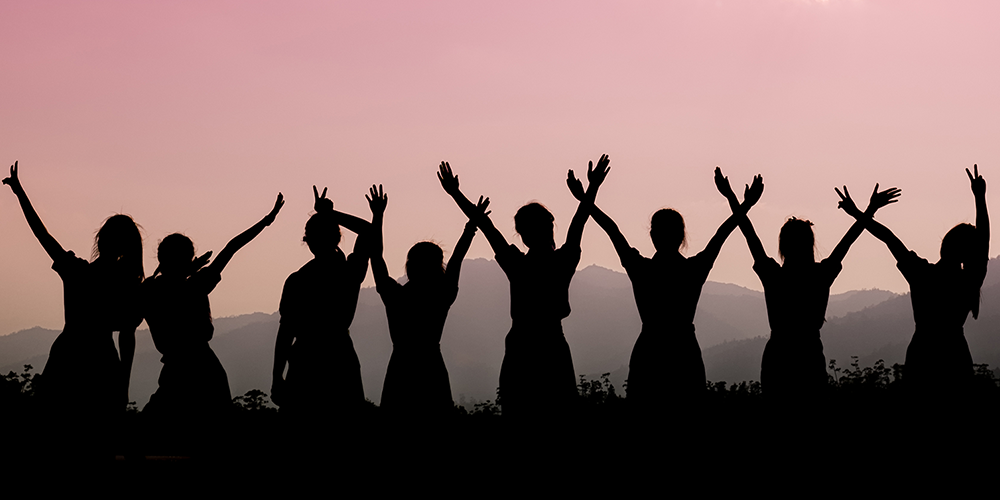 Up until around the 1970s, the term ‘superhero’ typically conjured visions of caped men in comic books fighting off bad guys for fun, rescuing small fluffy animals and just generally saving the day. Fast forward to modern times and the term superhero, or just the terms super or hero, are now being applied to the women who do it all – the women who raise kids, run a business, maintain their physique, socialise and keep the spark alive in their relationship, possibly while caring for elderly parents and writing a screenplay on the side.

Women can now do it all. But is this the dream women thought it would be? Are there unknown side effects or downsides? Is this what the women of the 1960s fought for during the feminist movement? In this article, we’re going to explore the psychological impact modern life has on women in general and see how both men and women can work together to create a more balanced future.

In some ways, women have a natural edge over men

From a psychological perspective, women’s readiness to talk about their feelings and their ability to open up to people in general, go a long way to helping them navigate stress and protect their mental health over the long term. Women are also noted as having high emotional intelligence, they are more adaptable and are capable of great empathy. Many recent studies are showing that soft skills lead to hard results. Organisations such as FedEx, L’Oreal and Volvo have improved their bottom lines, simply by training their employees on how to employ soft-skill principles.

However, women are more prone to depression than

According to research quoted by Dr Joel L Young, women are roughly 40% more likely to develop depression. Women are also twice as likely to develop PTSD, and there are about 10% of women who develop this condition straight after trauma, compared to just 4% of men.

Dr Young also notes that women’s symptoms are sometimes just written off as being emotional in nature, while men’s complaints are taken more seriously. Say for example, a woman reports chronic pain to her doctor. She might be labelled as depressed. Whereas, if a man came in with a similar complaint – he might be referred to a physical therapist or pain clinic.

Because research fluctuates regarding studies between men and women, it can be difficult to precisely pinpoint how women’s mental health is in comparison to men’s mental health. However, from our experience at the clinic, while we have noticed more men come in over recent years, we usually find women typically make up the majority of our client base for certain areas at any given time.

Women are twice as likely to suffer from anxiety

It’s important to know what the signs and symptoms are to look out for:

There are certain psychological pressures and problems that are entirely unique to women. Interestingly, at the clinic, many women will see us because they are single – they see being single as a problem. However, this is something men hardly ever do.

No matter how accomplished, high profile or successful a woman becomes, there is always some pressure on her to be more than she currently is. A good example of this is Jennifer Anniston, who speaks openly about the pressure society as a whole puts on her to have children, and the fact that because she hasn’t had children, many deem her to be a failure as a woman.

Many women approaching the age of forty and over, sometimes find themselves in a state of depression because they haven’t had children yet – an old dream that awakens within, perhaps when it’s too late. They either haven’t been able to find the right partner, or their careers simply demanded too much of their attention during their 20s and 30s.

Then there are the women who have children, who end up experiencing a loss of identity and subsequently fall into a state of post-natal depression. These women come to us to reconstruct a stable sense of who they are apart from their growing family and new role as a mother.

We all need to support each other, regardless of gender

Ideally, both genders need to communicate their unique experience of life to each other. Both genders need to take time to listen to the challenges that each face in today’s modern society. And through genuine connection and mutual support, it’ll be possible to overcome the psychological and emotional challenges we all face, day in, day out.

We’ve helped countless women improve their mental health over the years. If you would like to discuss how we can help, then please do contact us for a confidential chat.

What is involved in a psychiatric evaluation?

How does bereavement affect different people?

How many sessions will we need?