How the magic of tidying up impacts us psychologically

resourcesBlogsHow the magic of tidying up impacts us psychologically 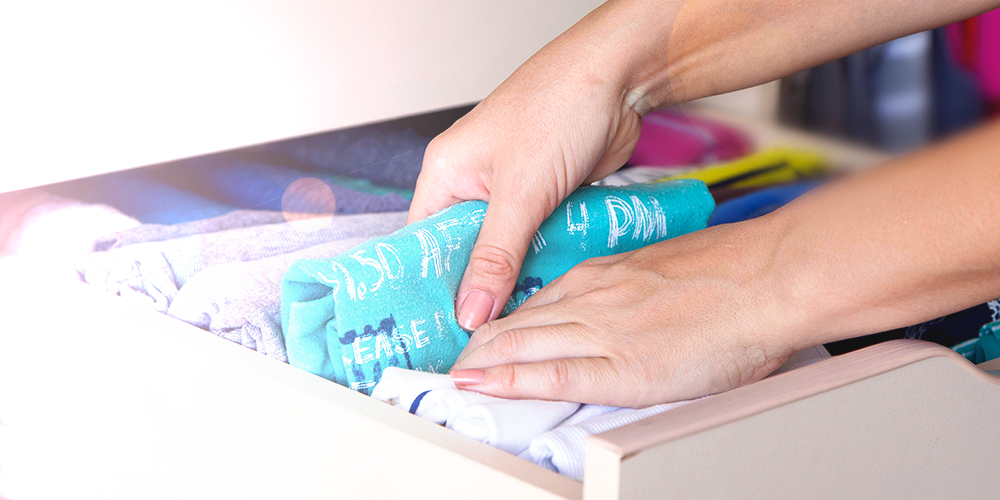 Does de-cluttering your home really de-stress your life?

Ever winced before opening a cupboard door? Or perhaps you keep buying similar types of clothes, without realising? Maybe you have a stack of envelopes that you’ve been meaning to get around to, but you just keep putting it off?

In this article, we’re going explore the psychology of stuff – and how an imbalance in your relationship with what’s around you will require mindfulness techniques, like those taught by Marie Kondo, or behavioural intervention to help you shift to healthier states of mind.

Got clutter? You may be overwhelmed by life.

When people have too much clutter in their homes, it’s often symptomatic of being overwhelmed by life. A person may feel like there aren’t enough hours in a day to get everything done, or they may have a ‘fire-fighting’ approach to life – where so many things are out of hand and all of their energy goes to the most urgent thing at the time.

Clutter can also be linked in with ‘lack mentality’. People often hang on to things, because they don’t believe in their own ability to earn money in the future and purchase similar things again. Sometimes, clutter is a mechanism that people use to keep their lives the same. Deep down, they’re frightened of change, and their clutter enables them to hide under a mountain of excuses. They can’t have people over, they can’t find things to wear to go out, they can’t get on top of their finances – and so, life must stay the same.

Sometimes, this habit arises when someone isn’t ready to face reality. People are sometimes known to sit on divorce papers for a long time, only to discover that years later when they let them go, their negative feelings vanish too – and they’re able to let love into their lives again.

Clutter could indicate the use of overuse of a copying strategy

Some external behaviours, like buying dozens of designer handbags, or allowing newspapers to pile up in your office, can indicate deeper issues. Sometimes people engage in such behaviours in order to compensate for another need that isn’t being met. So say for example, a person isn’t receiving love or appreciation from people in their lives – they may simulate such feelings through frequently purchasing expensive items, where they can feel love and appreciation for the object in question instead.

Perhaps someone is allowing envelopes to pile up – maybe this person is delaying looking at them to avoid facing the outside world. Perhaps they’re avoiding facing financial commitments like debts – or their need to go out and get a job.

How clutter cleaning techniques can help

Clutter clearing techniques, like those taught by Marie Kondo, can help enormously. They bring mindfulness into a person’s life, and encourage them to step back and take a bird’s eye view of their lives. This is usually a refreshing mental state for the person in need of this, as it’s getting them out of a very narrow state of mind, which is probably also quite fearful at the same time.

One of the problems with clutter is that it blocks the flow of energy and leaves you with little to no space for new things to grow in your life. Clutter can make a person feel like they are stuck and that there are no options. It can block motivation.

By using mindfulness techniques, you’re using what we call in psychology a ‘behavioural intervention’ and often such interventions can really work wonders, especially if the person who uses them, applies them on a regular basis.

You might be solving the immediate problem, but perhaps not the underlying cause

People who feel compelled to hoard many objects often have an insecure attachment style. Perhaps they weren’t nourished properly during childhood, or their emotional needs were never met during early life. By owning lots of objects, they feel safer in the world, as they feel that they’ve been able to create the secure base in life that they never had while growing up.

Plus, sometimes people have obstacles to any form of mindfulness practice. They may lack problem-solving skills, face times of extreme anxiety, or even suffer from attention deficient disorder which seriously hinders their ability to engage such techniques. Often people with more severe hoarding patterns either lack some sort of skill or have an emotional imbalance of some kind.

We’ve helped countless people overcome debilitating conditions like hoarding and attention deficit disorder. If you would like to discuss how we can help, then please do contact us for a confidential chat.

How do you create an environment that makes people feel at ease?

I’ve been diagnosed with obesity, can you help me with my weight as well