Why am I scared to commit to a relationship? Overcoming commitment issues

resourcesBlogsWhy am I scared to commit to a relationship? Overcoming commitment issues 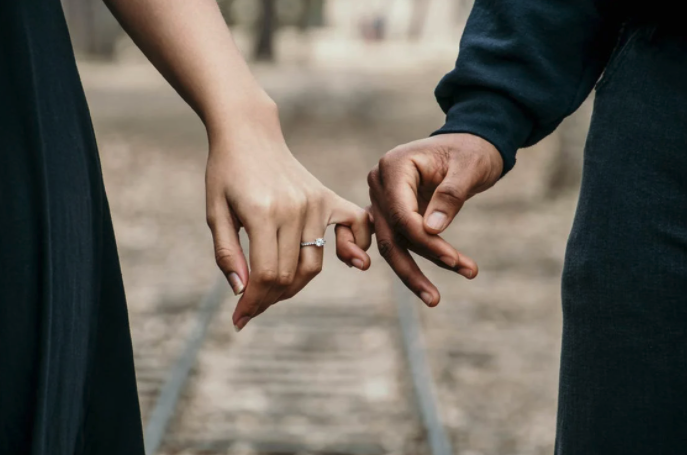 Does the thought of marriage break you out in a cold sweat? Do you get an overwhelming urge to bolt whenever your partner tries to make plans that involve the future?

If you fear getting close to people or making decisions which are likely to impact you in the long-term, you might be struggling with fears around commitment.

The fear of commitment is nothing new…. Books and films are centred on it, and you’ve probably had at least one friend bemoaning their partner’s “commitment issues”.

In fact, it’s so common, it even has its own term: gamaphobia, stemming from the Greek word “gamo” meaning “marriage”.

It’s worth saying that there’s a difference between not wanting to commit and fearing it. Not everyone moves at the same pace and sometimes we’re simply with the wrong person. But when the reluctance to commit becomes a pattern of behaviour, it may signal something deeper. You might, for example, find that you’ve spent most of your adult life moving from relationship to relationship, swiftly exiting as soon as things get “too close for comfort”.

There’s a stereotype that this sort of fear is only experienced by men – but this is completely unfounded. Both men and women can struggle with commitment. It’s rooted in our past and has little to do with gender.

Lack of commitment in a relationship – where does it stem from?

If you find it difficult to commit, you may be suffering from attachment issues. Attachment theory rests on the idea that our earliest attachments (i.e. those with our caregivers) set the precedent for how we respond to relationships in later life.

If you had parents who were unavailable, neglectful or critical, you may have responded by becoming overly self-sufficient, taking care of your own emotional needs – rather than relying on anyone else.

Or you might have had difficult relationships in later life. Perhaps you were lied to, cheated on or manipulated in a previous relationship and now you struggle with trust.

At the root of these fears is the underlying belief – either consciously or subconsciously – that no one will be able to care for you in the way you want/need. Terrified of being let down, you beat your partners to it, pushing them away before they can hurt you.

This is one of the most difficult things about commitment issues: the triggers usually stem from positive emotions more than they do negative ones.

We bolt when we run the risk of being chosen, cared for and truly seen – the very thing we most desperately crave.

How to overcome commitment issues

Overcoming your issues with commitment will involve connecting with the parts of you that are resistant to love. The focus will be on developing greater self-awareness and recognising that feeling triggered (or scared) doesn’t necessarily mean that the relationship itself is wrong.

Look at your past – consider your childhood and any past experiences which may have contributed to these fears. It can help to work alongside a therapist as this can take some careful unravelling. Some of the most common contributing factors to fears around commitment are:

Consider what you’re most afraid of – are you afraid of getting hurt? Of choosing the wrong partner? Becoming bored? Losing your freedom? Getting specific helps you put a name to your fears so you can weigh up whether they’re warranted or unwarranted.

Challenge any critical thoughts – if you struggle with commitment, you’re probably on the lookout for reasons why you and your partner shouldn’t be together rather than focusing on the reasons you should. Trying toning down the criticism and challenging any negative thoughts that come up. Remind yourself that there’s no such thing as the “perfect” relationship.

Be open about your fears – when we communicate with our partner, we give them the chance to help us work through our issues, and clear the air before resentment builds.

Start therapy – because these fears are so often rooted in our past, they can be complex and difficult to unpick on our own. A therapist will help you identify where these fears stem from and guide you in making choices that serve your future, instead of chaining you to the past.

What can patients do outside of treatment to manage self harm?

How do I know what treatment is right for me?

What are the symptoms of phobias?