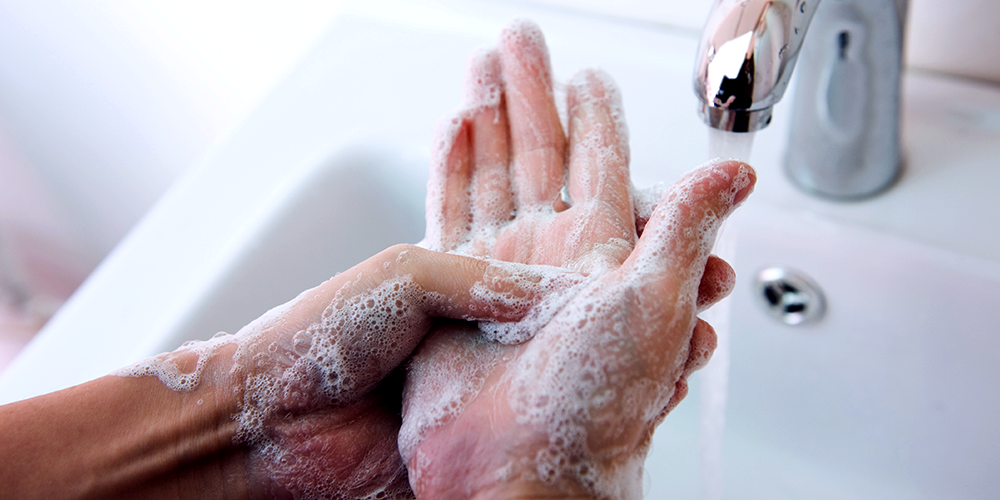 In 1997, Hollywood released the box-office smash hit As Good As it Gets, a romantic comedy starring Jack Nicholson and Helen Hunt. Aside from winning Academy Awards, this film also did quite a good job of teaching an entire generation of movie-goers all about what OCD is and how it can affect an individual who suffers from the condition.

However, far away from its sometimes comical portrayal on the silver screen, OCD is a very real and serious affliction that’s more common than you might think. More common than say, bipolar depression, as it affects one in every fifty people. In this article, we’re going to explore what’s happening within the minds of those who are obsessive compulsive, to bring awareness and understanding to what can be a potentially debilitating condition.

We all sit along a continuum of traits

What makes this such an interesting condition to work with in therapy, is that everyone sits somewhere on the continuum of traits that feature in OCD. So all of us like to wash our hands, for example. Perhaps if we’ve been gardening we may wash our hands two or three times. However, all of us don’t need to wash our hands with a fresh bar of soap each time, dozens of times in a day – or twenty times in a row, to the point where our skin breaks from overscrubbing – as just one example, to depict how a habit we all share goes to the extreme end of a long continuum.

Breaking down how OCD works within the mind

OCD falls within the broader category of anxiety disorders – because fundamentally, anxiety is at the root of every compulsion. When looking at the disorder from a psychological perspective, we break the disorder down into obsessions and compulsions.

Obsessions are thoughts we have that are focused on a fearful future. For example, a person may fear contamination. Then a person engages in compulsions – which are behaviours we are compelled to carry out – designed to neutralise the fearful thought. So a person will wash their hands excessively.

Further examples include a person who is afraid that their house will be robbed – so they have several locks on every door, which they will check and re-check numerous times. In addition to fearing external events, a person can even be chronically afraid of their own power, or as Professor Paul Salkovskis explains, their own sense of responsibility. They may fear that they’ll burn their own house down, so they check the stove compulsively. Or they fear harming a child or baby, so they isolate themselves from society.

In addition to fearful thinking, magical or superstitious types of thinking can also provide the right mental atmosphere for a disorder like this to flourish – so a very successful person might attribute their success to some ritual they perform, for example the athlete who taps his right foot three times before running a race, or the pilot who has to touch the outside of a plane before he flies.

Random thoughts that uncontrollably pop up out of nowhere

Research has shown that just about everyone experiences unusual thoughts that they don’t speak about with anyone else. Ever wondered what people would do if you laughed out loud at a funeral? Maybe you’ve stood close to the yellow line on a train platform and wondered what keeps you from walking over the edge?

While many people allow these thoughts to come and go, and don’t get lost ruminating in the realm of ‘what if it all goes wrong’ thinking, some people become disturbed by such thoughts to the point that their focus gets exclusively stuck in that area. They are trapped believing the compulsion will get rid of the thoughts, but sadly, the compulsion simply sustains their focus within that area – trapping them for longer and longer periods of time.

In therapy, we say control is the problem, not the solution

In addition to coming from a basis of anxiety, it’s important to know that control is also a key part of OCD. During therapy we work with people to understand any root causes that might stem from childhood, where parents might have modelled unhealthy behaviours, or were perhaps controlling in some aspects of their own life – or, controlling in how they raised their child.

Part of what’s happening in OCD is that a false, or undermining, sense of control is being exerted by the person who is afflicted. So they falsely believe that washing their hands 100 times in a row will banish the thought that they’ll die from contamination. However, spending an hour at the sink is in fact what’s causing problems in their daily life.

Part of the healing journey involved in this affliction will be understanding that there are different types of control available to us – the place of true control lies in not being conned into allowing one small thought to run our lives. That we don’t have to believe, or act, on every random thought that pops into our minds.

At the Chelsea Psychology Clinic, we have a range of methods for treating OCD. One of the main forms of treatments we recommend is CBT, which can be enriched with additional mindfulness techniques, depending on how the affliction manifests, case by case. We usually recommend a minimum of 20 sessions and have successfully treated a wide range of people, from all walks of life, who have the disorder.

We’ve helped many individuals lessen the grip and heal completely from OCD. If you would like to discuss how we can help, then please do contact us for a confidential chat.

How many times would someone need to see a psychiatrist?

Who can benefit from ACT?