Why do I feel like a failure? How to let go of self-limiting beliefs

resourcesBlogsWhy do I feel like a failure? How to let go of self-limiting beliefs 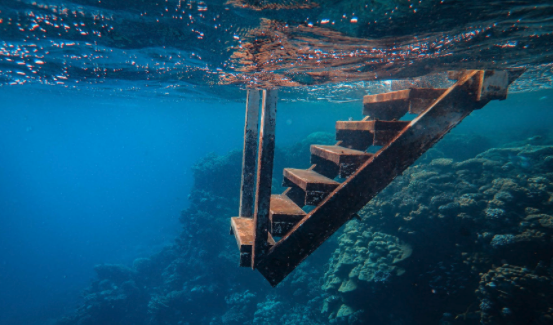 Or perhaps you’ve done pretty well for yourself but no matter what you achieve, you can’t stop feeling like an “imposter”. You’re sure that one day soon your cover will be blown, and everything you’ve built for yourself will come crashing down…

We all have low moments in life – moments when things don’t quite go the way we’d planned. And sometimes these moments can lead us to question ourselves and our abilities.

But if we have a healthy sense of self-worth, these moments will be fleeting, and we’ll find that we bounce back again relatively quickly.

For some people, feeling like a failure is part of their everyday reality. No matter what they do or achieve, it’s never enough.

The first thing to realise is that this is a personal belief about yourself. It is not a truth.

And you most likely feel this way due to past experiences.

As children, we internalise the voices of those around us. We’re like sponges – absorbing and copying what we see and hear.

If you feel like a failure, you may have had a parent who was very critical of you. Perhaps they put a lot of pressure on you to get straight A’s, compared you to a more academic sibling or they humiliated you for not living up to their impossibly high standards.

Or maybe they were so successful themselves that you felt that you could never measure up. Success felt so out of reach that you gave up trying.

Or perhaps you had a parent who was competitive with you. They felt threatened by your potential, and so they put you down.

Whatever happened, these earlier experiences led you to believe that you were a failure – that you’d never “make it” in life.

So, you either decided to give up completely – or, you worked yourself into the ground in a desperate attempt to prove otherwise.

The problem with these kinds of self-limiting thoughts is that they can easily become a self-fulfilling prophecy.

Because we don’t believe ourselves to be capable, we hang back, procrastinate and make ourselves small. We’re so afraid of failure that we refuse to put ourselves out there and take risks. We stay stuck in that dead-end job because it feels “safe”, even if we know it will never truly fulfil us.

In time, our avoidance ends up confirming our very worst fears. We watch everyone around us get closer to realising their own goals, whilst we stay stuck.

No one sets out to fail. But in order to achieve anything in life, we have to find a way to be OK with it. We have to be prepared to take a chance sometimes – because failure is simply a part of life.

This might sound negative but it’s actually not. Because guess what?

The more we’re prepared to put ourselves out there and risk the possibility of failing, the more we’re also likely to succeed.

If left unchecked, this kind of thinking can be extremely damaging. It doesn’t just hold us back – it can also lead to low self-esteem, anxiety and depression.

These kinds of deep-rooted beliefs can be hard to shift because we’ll usually find that we’ve lived with them for quite some time. For this reason, it can help to do this work alongside the support of a professional.

A therapist will be able to help you untangle where these beliefs stem from. They’ll help you understand that you were never “a failure” – that we all fail from time to time, but that doesn’t mean that we are a failure.

Overtime, you’ll learn to be kinder to yourself, and see yourself in a much healthier, more balanced way. Put more simply, you’ll no longer stand in your own way.

Is there anything we can do outside of our sessions?

What are the long term effects of not treating addiction?